An eco safari in Tanzania is possible

Tanzania does not yet suffer from mass tourism as such. However, at certain times, such as the European school holidays, some places start to become crowded. This could very quickly have disastrous consequences for this rich wildlife. Far be it from us to discourage you from going. However, we would like to share with you some tips on how to make your stay an eco safari and discover Tanzania differently.

Frédérique, the French correspondent of Soaring Flamingo, our partner for a tailor-made, turnkey Ethik Trip in Tanzania, introduces us to lesser-known, lesser-frequented sites that are also more authentic and more preserved.

A safari in the Ngorongoro Crater is a must for the vast majority of foreign visitors. In a caldera of 265 km2, 600 metres deep and with its rim at an altitude of more than 2000 m, the highest density of wild animals on the African continent is to be found: tens of thousands of animals including the big five (lion, leopard, elephant, black rhino and buffalo). This gives an idea of the crater’s power of attraction…

However, an old UNESCO report (nearly 20 years old) denounced, among other things, the diversion of the crater’s streams for the hotels located on the periphery, road works causing ecological and aesthetic damage, and the sharp increase in the number of vehicles transporting tourists (which can reach 200 in high season).

However, it is easy to give up a safari in this crater, provided you have a little time and money: you just have to go a little further west, to the Serengeti National Park, where you will find exactly the same fauna, but over a much larger area (almost 15,000 km2). So you have to look a little longer and be a little luckier too… That’s what an eco safari is all about, taking your time.

In northern Tanzania, it is difficult to escape the Arusha-Tarangire-Manyara-Ngorongoro-Serengeti route: this single tarred road (which turns into a track when entering the Serengeti) sees the vast majority of travellers passing through as it serves the four major parks in the north. In less than a week, visitors go on one safari after another and most of the time stay in the same villages.

However, other routes, or rather other tracks, exist, which allow just as much observation of the animals but offer other landscapes and above all more authentic human encounters. 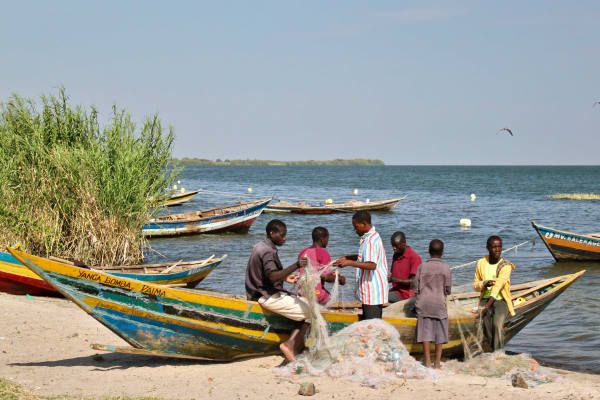 One example is the Lake Natron area, famous for its flamingos. In addition to the fact that it allows you to visit the Maasai, far from the “cultural villages” set up on the side of the road, it offers spectacular landscapes. To find out more, read this article about Lake Natron.

We can then reach the Serengeti by the northern gate, much less frequented than other accesses, by stopping to greet the Sonjo tribe – if the chief has invited us, of course! If we want to, we can cross the Serengeti Park entirely to Mwanza, near Lake Victoria, where another Tanzanian tribe with a very interesting culture is waiting for us: the Sukuma.

Few travellers consider southern Tanzania for their first trip to the country: this is a pity, because even if they are less known to the general public and are not classified as UNESCO World Heritage sites, the southern parks offer superb conditions for organising eco safaris.

Without going as far as the very remote Katavi National Park, which receives as many visitors in a year as the Serengeti does in a day, Ruaha or Nyerere (formerly Selous Reserve) offer a wide variety of animals and landscapes. There are far fewer safari vehicles here than in the northern parks, and luxury tourism, with high-end camps and bush plane travel from one park to another, is not the only option for travel in this region. In addition, there are many ecotourism activities (village visits, trekking, etc.), just as in the north of the country, and the more adventurous can even discover the shores of lakes Malawi or Tanganyika. 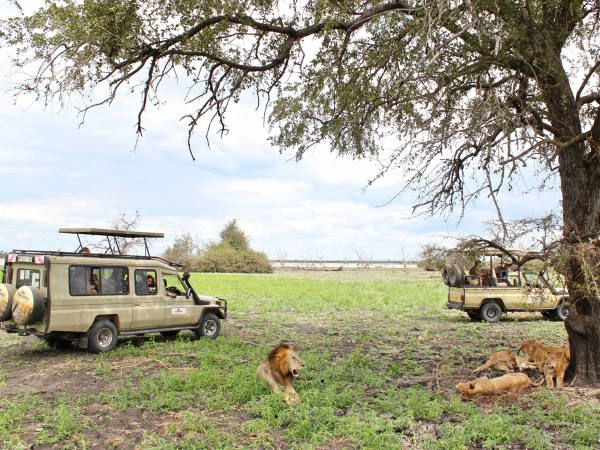 It’s hard to resist the charm of Zanzibar, whose name already makes you dream… However, for some years now the island has been losing its soul, at least in certain seaside villages where the prostitution of “beach boys” has begun to develop, seducing Western women in search of exoticism. Elsewhere on the island, in Stone Town, the sublime capital listed as a UNESCO heritage site, it is not uncommon to come across dishevelled and drunken Western girls in the evening, whose look and attitude contrast with the discretion of the Muslim women of Zanzibar. 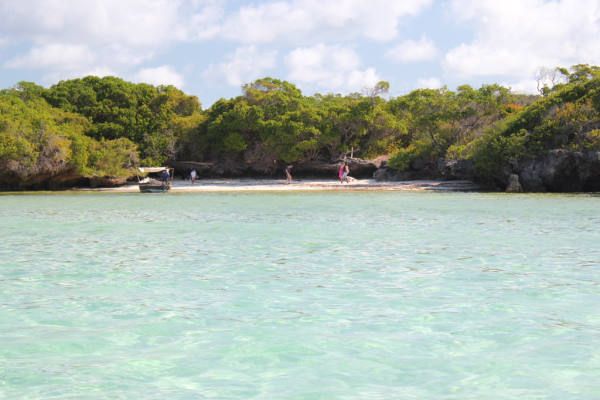 This is why Mafia Island, less than an hour’s flight from Dar es Salaam, is an excellent alternative for those seeking peace and quiet and a rich underwater world. It is home to Tanzania’s first marine park and offers pristine, unspoilt and uncrowded beaches, which remain a favourite breeding ground for turtles. Its pristine coral reefs and crystal clear waters make it one of the world’s best dive sites. A hub of ancient trade between the Far East and East Africa, Mafia Island also has remnants of ancient monuments now engulfed in vegetation, which lovers of old stones and history will appreciate.

We hope that this article has given you a different approach and the desire to organise an eco safari to discover the beauty of Tanzania.