The 9 destinations where to practice sustainable tourism in 2021! (+ some bonuses)

In our last article (What is sustainable and responsible tourism?), we talked to you about sustainable tourism. If it is easy to evoke it, which countries or regions are really acting in this direction? Today, we wanted to zoom in on destinations that are implementing responsible development plans. For some, this is taking shape through the creation of labels and charters aimed at highlighting the players involved in this ecological progress. For others, major developments are planned to enable the discovery of these countries and regions while respecting the fauna and flora but also the local populations. At their level, each of the destinations that we present to you today acts to allow us to travel in a responsible way. 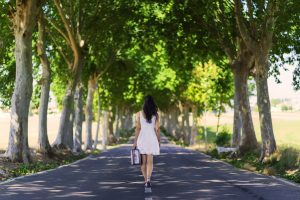 For the second time I called upon an outside talent to write this article. This time it is my niece Marie who gave in to the exercise and offers us an article rich in responsible destinations. In any case this article pleases me enormously because it responds to the problems of those who wish to stay in France and also to those who want to escape and change of scenery. As usual there is something for everyone! I hope that it will give you some clues in the choice of your next responsible vacations.

Sustainable tourism around the world

Located in Central America, Costa Rica has more than 6,000 different varieties of plants and an equally abundant fauna. In order to preserve them, natural parks and protected reserves represent more than 30% of the country. Costa Rica is also 99% renewable energy.Tourism being its main source of income outside of agriculture, the country had to continue in its sustainable development process. Thus, several labels have been created to promote the country’s sustainable development:

In order to symbolically support this approach, the hotels are not noted in the form of stars but leaves.

Located in Central Asia, Mongolia mainly shares its territory between mountains and steppes. As a result, the way of life of the population of this country is traditionally nomadic, the inhabitants being mainly farmers and herders. However, the nomadic life is gradually being abandoned. Many of them prefer to move closer to the big cities, especially because of the lack of income generated by their farming life.Wishing to preserve this traditional way of life, the country has relied on sustainable tourism. Hosted by nomadic herders, tourists are totally immersed in their daily lives. They take part in the nomadic life of livestock farming, discovering local customs and habits but also life in yurts, a rather unusual type of accommodation. This also allows farmers to earn additional income in addition to their livestock.The country has also set up an eco-volunteer project to participate in the Prezwalski horse preservation program. These are the last truly wild horses. This initiative, which combines green tourism, tradition and wildlife preservation, makes it possible to largely finance the project initiated in the 90s.

Benin: a project of development of the country carried by tourism

Located in West Africa, Benin has an economic policy based on the opening of the territory to holidaymakers. Cradle of voodoo, this country has a heritage still too little known as the lakeside city of Ganvié or the Pendjari National Park.Anxious to preserve their traditions and the biodiversity of the country, they turn to a sustainable, respectful and eco-responsible tourism. Their policy is based on 3 aspects:

Europe on the road to eco-tourism

Switzerland: a people at the heart of the ecology project

Situated in the heart of the Alps, Switzerland is home to superb mountainous landscapes but also to numerous lakes. The country shows a willingness to develop ecology in order to preserve its fauna and flora. Thus, in 2017, the Swiss people voted 58% in favour of the law on the 2050 energy strategy. The objective is to separate from fossil fuels and to develop renewable energies.Because of its geography and multicultural history, the country attracts many holidaymakers. In line with its ecological decisions, Switzerland is developing green tourism. To this end, the government has set up more than 1200 km of bicycle paths across the country to encourage environmentally friendly means of transport. To stop mass tourism, Switzerland has also modernized its rental offers, including applications to revitalize isolated alpine regions and redirect tourists to them. Finally, the government supports many innovations implemented for sustainable tourism such as the establishment of a car-sharing cooperative, the creation of permaculture, etc…

Portugal: development beyond the coast

Located on the Iberian Peninsula, Portugal attracts many tourists every year thanks, in particular, to its important coastline. Its vast coastline has influenced its culture, starting with its culinary traditions, largely drawn from the sea, but also its historical architecture, a legacy of the powerful maritime empire it was between 1500 and 1800. The country adopts an ecological policy by implementing various approaches such as the optimization of water and waste management or the reduction to the elimination of single-use plastic.In 2020, Portugal presented the Tourism + Sustainable 20-23 plan to develop tourism throughout the Portuguese territory. The aim is to highlight the country’s diversity and to take tourists to discover local customs and habits. 10 million euros are being invested in the development of projects with the objective of sustainable tourism.

Finland: a label to promote eco-tourism

Situated on the Baltic Sea, Finland is particularly famous for Lapland, a tourist region known for its ski resorts and national parks. In 2018, the country had more than 1,800 sites listed in the European Natura 2000 Network, which brings together European natural sites with exceptional biodiversity. These sites represent more than 12% of the Finnish territory.In 2019, Visit Finland will launch the Sustainable Travel Finland label. This label is awarded to companies that have completed the 7 steps of a program designed to demonstrate their commitment to the national principles of sustainable tourism. Once the label has been awarded, they must also present a plan of actions planned in the coming years to develop sustainable tourism. About sixty companies and cities/sectors currently hold this label. Among them is Posio, a nature community in Lapland, the very first destination to be awarded the STF label. It is ranked among the “100 best sustainable destinations in the world” according to Green Destinations. The Pyhä ski resort, which also holds the label, has gone carbon neutral and is now aiming to become the cleanest resort in the world.

In France, green tourism in the heart of certain regions

New Aquitaine: a region that listens to ecotourism entrepreneurs

Located in the southwest of France, New Aquitaine is the largest region in France (more than 84,000 km²). Because of its size, the landscapes that dot it are varied. For example, part of the Pyrenees and a wide coastline bordering the Atlantic Ocean make it the leading French region in terms of number of tourist jobs. New Aquitaine also has the largest forest massif in France which is self-sufficient, it renews itself sufficiently to satisfy the needs of the region without diminishing it.It is also the leading region in France in terms of sustainable tourism. Indeed, in 2017, there will be 83 lodgings on its territory that have the European Ecolabel for tourist accommodation services. Obtaining this label is based on their low energy and water consumption, their low waste production, their use of renewable energies and their communication with their clients to raise their awareness of the environmental cause. The region also offers the Blue Wave Label, intended for nautical professionals, guaranteeing in particular the management of their hazardous waste in an environmentally friendly manner.

Reunion Island: an island under the sign of preservation

Located in the Indian Ocean, east of Madagascar, the island shares its surface area between its volcanoes, tropical forests and beaches. The National Park of Reunion Island covers 42% of its territory and helps to preserve its biodiversity. A large part of it is listed as a UNESCO World Heritage Site.To protect all this, Reunion Island avoids mass tourism and turns to sustainable tourism. Thus, several labels have been set up. The Green Key label is awarded to accommodations committed to an eco-responsible approach with criteria such as intelligent waste management, control of energy and water consumption and raising customer awareness of ecology. The label “Activité éco-touristique Réunion” is awarded to service providers in the field offering a tourist activity (hiking, rafting, etc.). To be able to display it, the island’s tourism players must satisfy at least 80% of the points of a specific charter. The island is one of the top 10 eco-responsible destinations in the world.

Brittany: a region between development and tradition

Situated in the North-West of France, Brittany has an important coastline that has remained largely unspoiled and, as a result, many seaside villages. Moreover, it is dotted with cairns (menhirs, dolmens, etc) and forests. The region has 4 large regional parks within it. The diversity of its territory attracts many tourists every year.Wishing to turn towards sustainable tourism, Brittany today has a policy of limiting the development of tourist resorts to bring activity beyond the coast. Thus, developments of natural sites are made in order to find the right balance between heritage preservation and development for the tourist market. Finally, outdoor activities are promoted and developed throughout the territory.

Finally, we would like to tell you about some of the solutions implemented around the world that we found during our research.

So, are you going to be tempted by one of these destinations? Rather travel to the other side of the world or discover regions near you? What actions have you already heard about? Feel free to share all this with us in the comments!

” Where are the sardines? The groundsheet is really not comfortable … Oh no, the tent is taking water! ” Sometimes camping can be complicated and sleeping well in a tent can be a real challenge! What if we told you that there is a way to reconcile th

I discovered Tiga through Echappées Belles. For those who don’t know, I’m a big fan of this show! I had already heard of her obviously through Ride Zone but I admit I didn’t watch this show.

When we talk about the consequences of overtourism, we immediately think of the city of the Doges. The pollution of the canals and the cruise ships that cross the city are examples among others. Numerous photos are circulating in the media to illustr

The 10 commandments of the responsible traveler

That’s it, you’ve made your decision, from now on you’re going to change your way of traveling. You now want to organize responsible vacations. However, you are still wondering what this implies in the organization of your stay, the content of your s